When I read the assignment for this project, I gasped!  Make a mess?  This goes against everything I stand for when I make a photograph.  I plan the placement of the subject, the lighting, the camera settings all to get the final, clear print – but to introduce a random occurrence in the form of a mess?  I wasn’t sure I could pull this one off even if you put a gun to my head.

The examples used in the book involve throwing paint, dirt, powders of various forms – all things that I do not want flying around my studio.  It’s bad enough trying to control the dog hair!  After much thought, I came up with a workaround – it’s something I’m good at.

I came up with an idea to make a mess after the shoot.  I planned the shoot (and it was clean and controlled) – but the final image would be a paint splattered canvas. 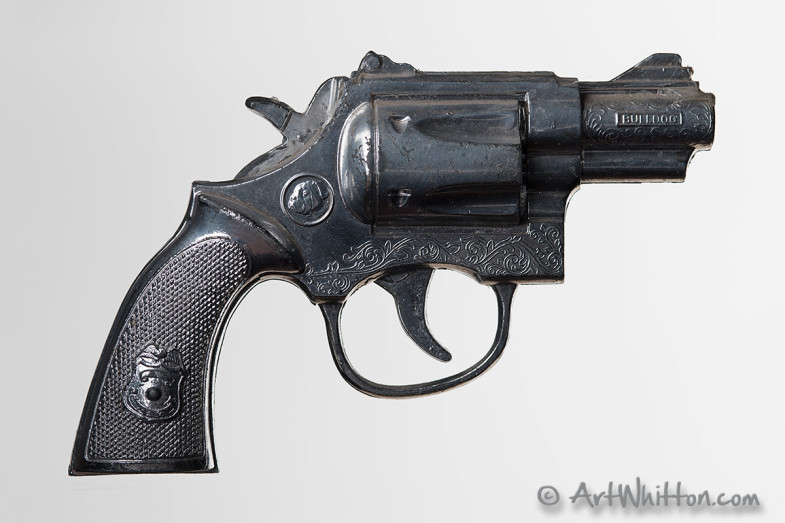 My subject is a vintage toy cap gun that I bought at an auction last year.  I actually bought a number of them just to have in the studio.  Auctions are great for finding weird one of a kind items to shoot.

As you can see, it’s not messy.  I shot this while hanging it by thread in front of a white background.  I took my time with it and there was nothing random about it (yet).  In other words, I was cheating on this assignment.

I had the image printed on canvas (30″ x 20″ final size) and stretched it in the studio.  Now comes the fun part!

With the help of an artist who knows her paints, we came up with a good color and consistency to throw at the canvas.  I stapled the full canvas to a wall in another studio and just went for it.  Splattered paint in random places.  It actually felt kind of good. 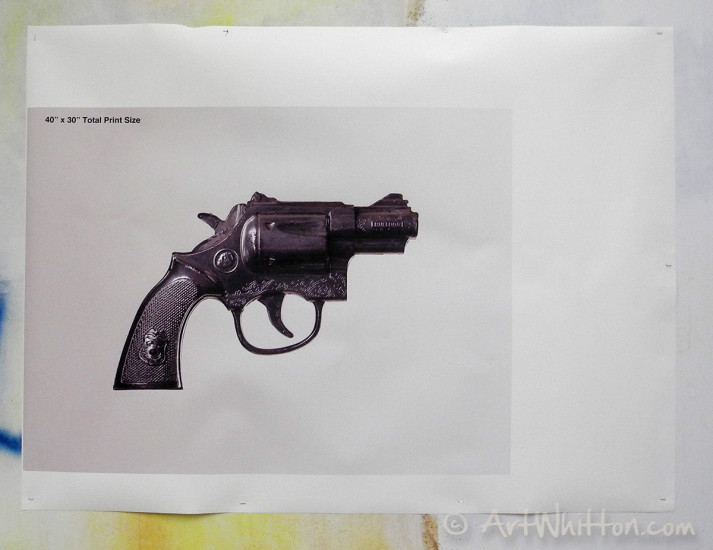 Canvas stapled to the wall – ready for paint

I used a small spatula and made about a dozen or splatters before I felt it was ‘done’. 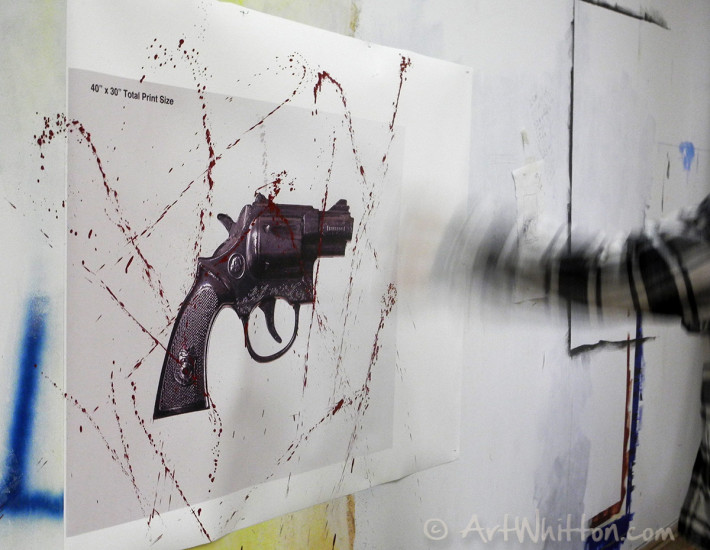 In the end I have new appreciation for ‘randomness’.  It’s something I need to allow more of in my photography.  Control is one thing, but giving fate a little input won’t hurt, will it?

Here is the final canvas hung on the wall.  It’s called “Don’t Shoot”. 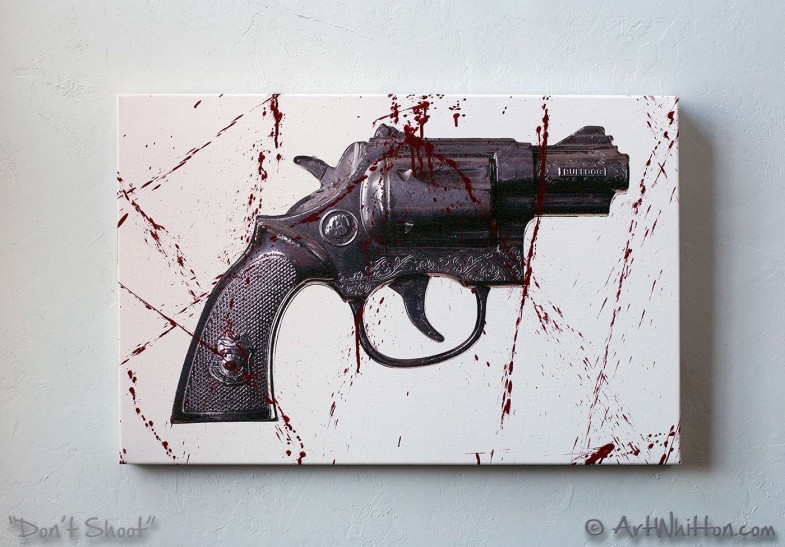 Thanks for reading – if you have any questions or comments, just let me know below or send me an email.