With my last job, I traveled constantly. It was a blessing and a curse. It was great because I was able to see a lot of the United States without paying for travel. The bad part was that I had spend most of the day working! If I was lucky, I would have a day off during the week, and could either sleep or go take some photos. 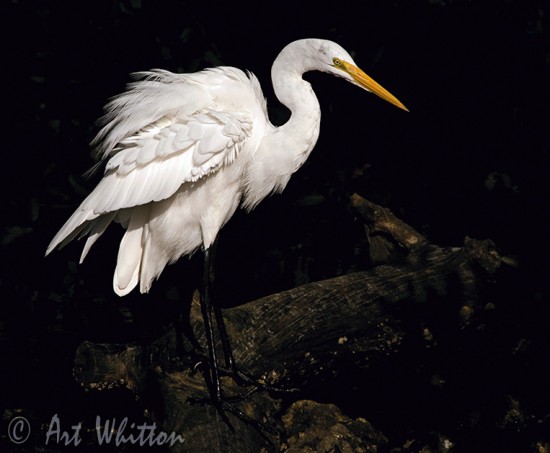 One of these trips took me to Florida’s southwest coast. I worked my way up from Naples to St Petersburg – and had most weekends off! This gave me opportunity to see a good amount of Florida’s ‘wild life’.

The image taken here was shot on Sanibel Island.  It’s a beautiful spot and has is home to the J. N. “Ding” Darling National Wildlife Refuge. The refuge has a great drive through area that allows you to stop and bird watch or fish, or just relax.  This particular egret was in an area partially hidden from the road.  I found him and got comfortable.

Shooting white birds isn’t the easiest thing.  If I relied on my camera’s meter, it would have overexposed the bird so that the background would be brighter. 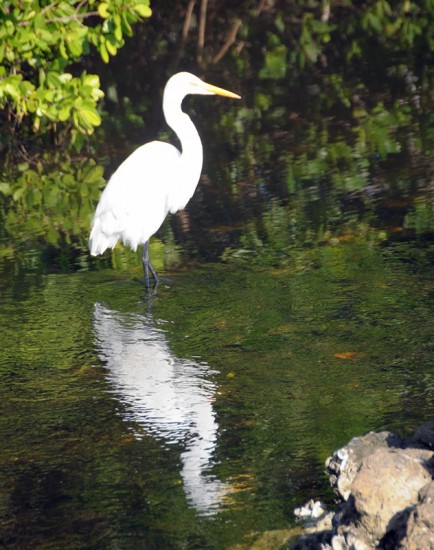 Oh oh!  That didn’t work!  Luckily, this guy wasn’t bothered by me.  I was somewhat hidden and he was looking for lunch.  I was already under exposing by 2/3 of a stop – so I had to go further. 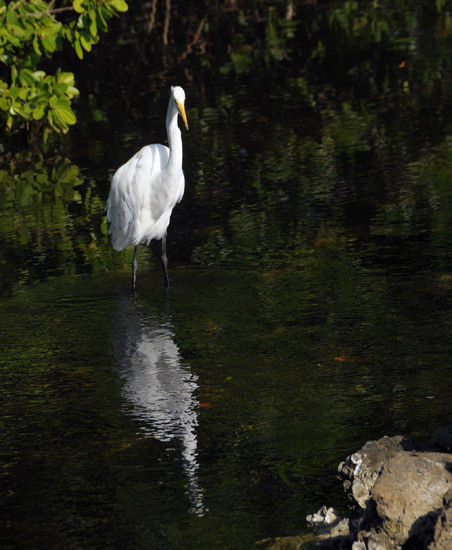 Ok, this is a little better.  Still, if you look at his forehead, it’s totally while and has no detail.  At this point, I was still trying to use the leaves at the top and the rocks at the bottom as a frame while capturing the bird and its reflection.

After shooting a few more – the egret started moving.  He’s also flapped his wings a little, so I am still shooting at this point and now I have something a little different. 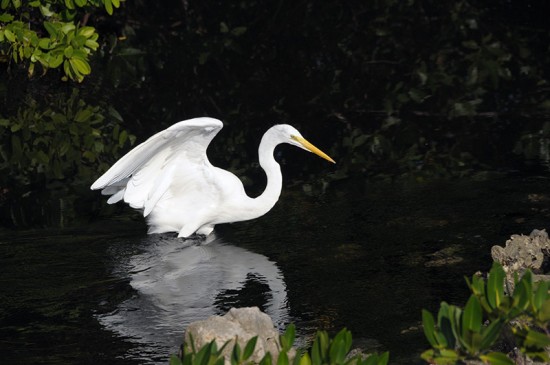 Well, I’ve been shooting for 1/2 an hour.  Digital cameras rock!  I’ve shot a lot frames, and the bird has been a great model.  I just keep waiting for ‘the shot’.

After moving to the new spot, my egret buddy is starting to groom itself.  Here’s a larger image (click the image below to see it) that will show more of the detail. 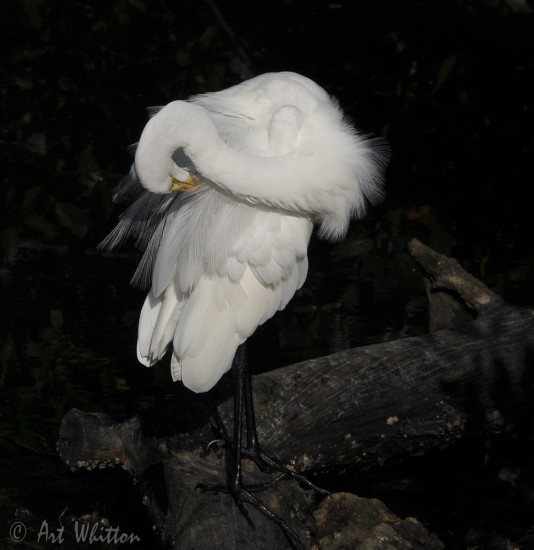 This is getting close to what I want now.  I’m saving the detail in the bird, he’s moving around a little, and he’s standing on an interesting surface.

Seventeen minutes later, I get the shot that I posted at the top of the page 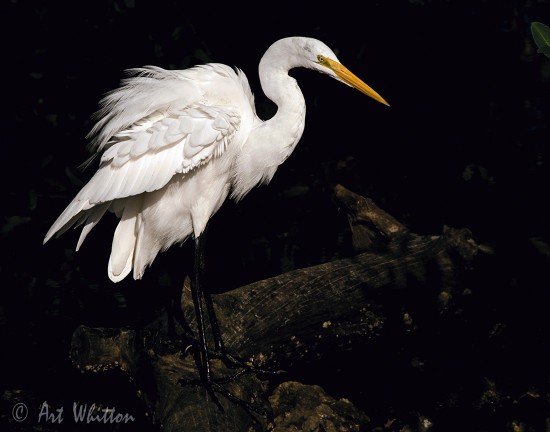 I hung out with my feathered friend for a a few more minutes – but he didn’t ruffle his feathers or pose dramatically again.

All told, I enjoyed about 30 minutes in this bird’s company.  By wildlife shooting standards, that’s a very short time – some photographers can spend months waiting to get a perfect shot.  But this was my day off, and I wanted to see more of the area.

Here’s another image from this moment in time.  I was shooting some fish that were in the same area and came out with a fun abstract image: 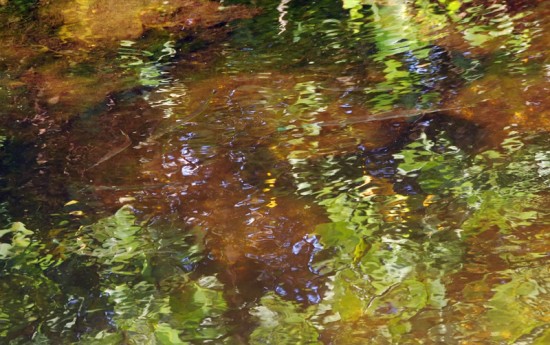 About 12 feet from where I first found the egret, his heron was fishing as well.  He stayed in the same spot and never came away from the branches. 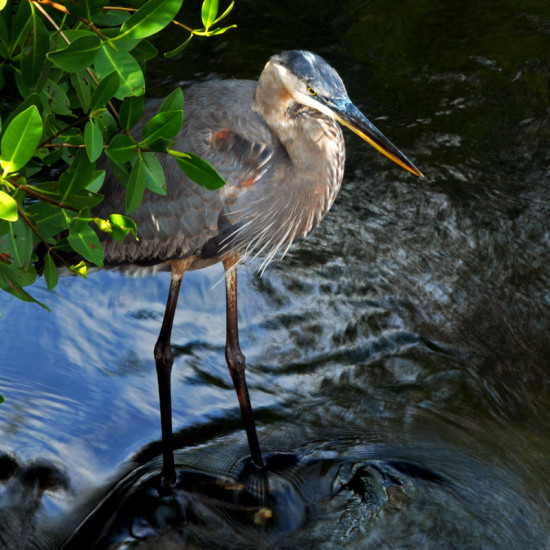 This was a great day and just writing this has brought back a lot of memories.  If you are every close to Sanibel Island (near Fort Myers) – you need to plan a few hours to visit this incredible preserve.